Are Pension Forecasts Way Too Sunny? By JASON ZWEIG

If you were a better stock picker than Warren Buffet, would you be punching the clock every day as the faceless manager of a corporate pension plan?

Judging by many companies’ recent financial statements, they must believe their pension plans are run by such unheralded baby Buffetts. 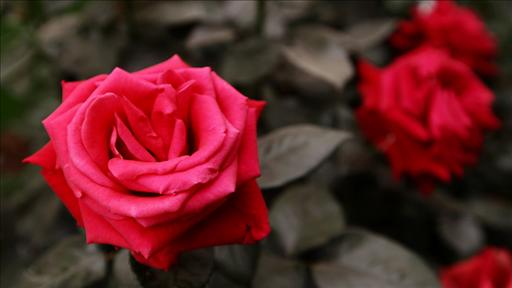 These expectations for future stock returns at major companies remain stubbornly highĂ˘â‚¬â€ťoften between 12% and 16%, or nearly twice what Mr. Buffett himself seems to believe the pension plan he oversees can earn on stocks. Such rosy hopes may not survive the collision with reality.

If companies’ long-term expectations for pension returns turn out to be too bullish, says David Zion, an accounting analyst at Credit Suisse, then a portion of the shortfall eventually will have to be deducted from earnings. Such shortfalls could eat away at profits for years to come unless the stock market takes off again or interest rates rise.

Although traditional pensions have waned alongside the rise of 401(k) plans, Mr. Zion estimates that 42 companies in the Standard & Poor’s 500-stock index could have to pony up at least $250 million apiece to make up pension-funding shortfalls this year.

The median expected rate of return on pension-plan assets at companies in the S&P 500 has dropped from 9.1% a decade ago to a still-high 7.8%, Mr. Zion says.

Corporations aren’t the only bulls. Among major public-employee pension plans, the median assumed return is 8%, according to data from the National Association of State Retirement Administrators. 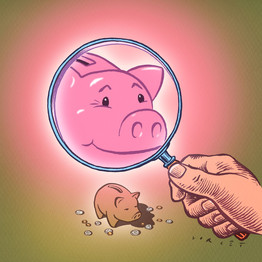 These numbers tell you what pension plans expect to earn on their entire mix of assetsĂ˘â‚¬â€ťstocks, bonds, cash and “alternatives” like real estate, hedge funds, private equity and other investmentsĂ˘â‚¬â€ťcombined. With the Federal Reserve announcing this week that it is determined to keep short-term interest rates near zero through 2014, stocks will have to provide the bulk of those returns.

Consider a corporate plan projecting a long-term average annual rate of return of 8% and holding 50% stocks and 50% bonds.

With the Barclays Capital U.S. Aggregate bond index yielding around 2.2%, a 50% allocation to bonds contributes 1.1% annually to the portfolio’s overall return.

Stocks have to make up the remaining 6.9% for the entire portfolio to hit the 8% target. If stocks gain 10% annually, a 50% allocation to them will provide 5% of return, not the 6.9% needed. For this hypothetical portfolio to return 8%, stocks need to gain an average of 13.8%.

That would be niceĂ˘â‚¬â€ťand unlikely. Over the past 10 and 20 years, respectively, the Dow Jones U.S. Total Stock Market Index has returned 3.9% and 8% annually.

At today’s low interest rates,Consolidated-Tomoka Land, a Florida real-estate firm, with 43% of its plan in bonds, would need to earn 13.3% on stocks annually to hit its overall expected return of 8.5%. The expected 9.53% overall return on General Mills‘ pension plan, with just 30% in bonds, implies a 13.6% annual gain for stocks and alternative investments. Hewlett-Packard, with 60% in bonds, would require 15.6% on stocks to meet its target of 7.6% for the plan as a whole.

“Things have been looking a little lean out there and are probably going to stay that way,” says Bruce Teeters, chief financial officer at Consolidated-Tomoka. “It’s conceivable that we could reduce our expected return.” The company already cut its expectations in 2010, to 8.5% from 9.0%. Consolidated-Tomoka’s plan has earned roughly a 9% annual return over the past 15 years, says Mr. Teeters. General Mills declined to elaborate on its assumptions; H-P said no one was available to comment.

Now consider the projected overall return of 7.1% at Berkshire Hathaway‘s pension plan, which is overseen by Mr. Buffett. The Berkshire plan has about 30% of its money in bonds. When I estimated this week that Mr. Buffett projects a return of 8% to 9% for the stocks in Berkshire’s pension plan, he replied through a spokeswoman: “You are on the right track.”

For investors, an increase in expected return on overall pension assetsĂ˘â‚¬â€ťsay, to 8% from 7.5%Ă˘â‚¬â€ťis a potential red flag, says Howard Schilit of the Financial Shenanigans Detection Group, an accounting-research firm in Key Biscayne, Fla. Approach such companies with caution, he says.

Fortunately, you can form realistic expectations for future returns without the pressures pension managers face.

With the S&P 500’s dividend yield at 2% and the long-term growth rate of dividends and earnings at 4.5% (including inflation), a sensible expectation for long-term annual stock returns is roughly 6.5%, says William Bernstein, an investment manager at Efficient Frontier Advisors in Eastford, Conn.

You should leave the fantasies of higher returns to the professionalsĂ˘â‚¬â€ťwho probably won’t achieve them anyway.